Being smart about salt

Taking a closer look at the salt you get in your diet might surprise you. If you don’t keep track of your sodium intake, it could be time to start.
Salt, also known as Sodium chloride or NaCl, is a chemical compound which is found in our foods. Both of the components of salt – the sodium and the chloride – are essential for health. Our bodies use it to absorb and transport nutrients, maintain blood pressure, maintain our fluid balance, transmit nerve signals, and contract and relax muscles. Too little or too much salt can be harmful to your health, however most people get too much in the modern diet, which can contribute to some of our most common and serious diseases.
High Sodium
High sodium intake is closely linked with hypertension (high blood pressure), which is a risk factor for cardiovascular diseases and kidney disease. The link between high sodium intake and stroke is very clear, prompting campaigns to encourage people to check their salt intake. Both Australian and New Zealand Governments recommend a suggested dietary target of 2000mg of sodium per day for adults (one teaspoon of salt contains 2,300 mg of sodium). Half of this amount would still give most people more than they need. The current average sodium intake in Australia is about 3600mg a day.
Low Sodium
A low sodium level can also cause serious health problems. It’s known as hyponatremia and occurs when water and sodium are out of balance – so there’s either too much water or not enough sodium in your blood. It is uncommon and usually only seen in people with certain pre-existing medical conditions, although other causes can include severe vomiting or diarrhoea, and certain drugs.
Where do we get salt from in our diets?
• The most obvious source is salt we add to our food.
• Processed meats such as hamburgers and sausages often have an astounding amount of salt.
• Pre-prepared foods can contain a lot of salt and sometimes very high levels of fat and sugar too. Salt can even be found added in unexpected foods such as cereal, bread, and effervescent vitamins. Salt occurs naturally in many foods, and a balanced diet will contain enough without having to add any.
How to reduce salt intake
We easily get used to adding salt to our diet, so when we start to cut back food may taste bland – gradually reducing your intake may help you to adjust slowly. Get used to checking food labels, eat fewer takeaways and processed foods, and liven up your home cooking by using a mix of herbs and spices instead of salt.
To learn more about nutrition visit our wellness BLOG or book a nutritional advice appointment. 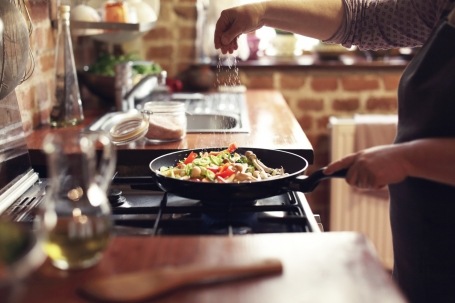